After a hiatus of 26 years, Ambassador Navarro returned to Japan last January, but he didn’t see that many changes. “Maybe Japan’s youths have become less constrained about expressing themselves. It appears in their fashion and all. They were more restrained before. And certainly, new and modern buildings have appeared, such as Roppongi Hills. But overall I see practically no changes. Japanese uniqueness remains intact.”

Captivated by the Uniqueness

Ambassador Navarro’s first contact with Japan was in the form of a book by Lafcadio Hearn (1850-1904) given to him by his father. During his youth, Hearn’s works were popular in Europe. One such book captivated young Miguel. Lafcadio Hearn wrote many books on Japan, including Kokoro: Hints and Echoes of Japanese Inner Life, In Ghostly Japan, Kwaidan: Stories and Studies of Strange Things and others. Through those books, he took a great interest in Japan and always dreamed to come to Japan someday. He points out that average Spanish person thinks the same way, saying “Very rarely would they pass up a chance to see Japan when they come to Asia.” He went on to say why: “Japan is very unique. Probably no other country is more unique than Japan. It’s so different that Japan makes us interested very much.”

He uses the term “Sophisticated immaterial culture” to describe Japanese uniqueness in a nutshell, and believes this quality is embodied in many aspects such as its arts, gardens, public entertainment, literature and other forms of culture. He specifically mentioned such famous artists such as Katsushika Hokusai, a famous ukiyo-e (woodblock print) illustrator of the Edo period and talked about the popularity of manga and anime in today’s Spain.

From Manga, Anime to Judo or Karate

According to a Japan External Trade Organization (JETRO) report published in May, 2012, 36% of all the anime programs broadcast on free channels are Japan-made, considerably exceeding the 22% originating from the United States. Among these, Marco, Heidi, Croket, Pokemon and Doraemon appear to be popular. Manga has also obtained solid popularity in Spain. The comic sector, including manga, grew year-on by 7.5% in 2010 whereas the industry as a whole declined by 7%. In 2011, 346 manga titles were translated into Spanish. The report notes that earlier this year, such titles as NARUTO, ONE PIECE, BLEACH and GANTZ were selling well. The ambassador says some Spaniards also enjoy reading the original Japanese versions, simply looking at illustrations.

The trend has sparked people’s interest to produce manga on their own, and some Spanish manga artists are becoming famous. The International Manga Award was established by Japan’s Ministry of Foreign Affairs in 2007 to encourage non-Japanese manga artists. This year’s Gold Award was given to “I Kill Giants,” created by a Spanish artist, JM Ken Niimura, and Joe Kelly from the US. At the award ceremony last February, in the presence of some of Japan’s renowned manga artists, Niimura remarked that he grew up with the stories and characters they created. The ambassador mentions translations of Japanese literature are also popular, especially Haruki Murakami. “His fan clubs number more than 20,” he says.

Such Japanese martial arts as judo, karate and aikido have also taken root in Spain. Ambassador Navarro himself practiced judo and karate in his youth and says enthusiastically, “Judo is especially popular and many people practice it for self-discipline. It encompasses everything. Not only motion, power and flexibility but also requires mental strength, such as the ability to concentrate and to use one’s mind as the player needs to use the strength of his or her opponent. Some of our athletes have won victories in judo at the Olympics.” All these characteristics make Japan so unique, he thinks. But what does he make of the reason behind it?

He stresses the geographical similarities between Japan and Spain and thinks their uniqueness derives from it. “Japan is an island nation. While accepting foreign cultures and influenced by them, Japan has developed its own culture which is so unique. Spain too, is a kind of insular country being at the edge of Europe and surrounded by oceans, we were influenced by different cultures and developed our own unique culture.” Lack of resources is also a common ground which he hopes to lead the bilateral cooperation, especially in the field of renewable energy.

Currently in Japan, a major debate is raging over the future use of nuclear energy. Abandoning this technology at once, continuing the utilization to some extent with a view of abolition in the future or using this as a limited energy resource --- the road to be traveled is still unknown. But what is certain will be increased efforts to develop such renewable energy sources such as solar and wind power. “We have invested heavily in renewable resources and now those energies cover about 30% of the total electricity requirements. We want to raise the ratio to 50%, so that we are less dependant on foreign resources. I think 10 or 15 years from now we won’t rely on nuclear energy at all,” says the ambassador. In Japan renewable energy occupies just above 10%, most of which is hydroelectric power. In Spain the figure was 32.6% as of 2010, up from 20.6% in 2004. Thanks to the vast land with abundant sunshine, the country has expanded use of photovoltaic generation, solar thermal energy and wind power. The JETRO report in December, 2011 noted that Spain has the world’s highest system capacity of solar thermal energy, the second highest of photovoltaic energy, after Germany, and fourth greatest capacity in wind power. The report also notes that the domestic renewable energy market is being saturated and that the industry is now aiming at overseas markets. And this is where Japan and Spain can cooperate. Already some big general trading companies like Mitsubishi Corporation or Itochu Corporation have collaborated with Abengoa Solar or Acciona, S.A. in the overseas renewable energy market.

Ambassador Navarro seems opposed to nuclear energy, but nevertheless voiced high praise for Japan’s behind-the-scenes activities concerning the nuclear issue. During the interview several times, the ambassador expressed his admiration for Japanese systematized and organized approach. “Japanese know which role to play not only in their family, but also their company, society and so on. They place priority on the group rather than individuals. They are very organized and controlled even during an emergency.” So he says. The classic example of this acknowledgement is seen in Spain’s prestigious Prince of Asturias Concord prize. The 2011 Prince of Asturias Award for Concord was bestowed on the “Heroes of Fukushima.” On its official website, it commended the emergency workers, saying “This group of people represented the highest values of the human condition by trying to prevent, through their sacrifice, a nuclear disaster caused by the tsunami that struck Japan from multiplying its devastating effects, disregarding the grave consequences that this decision would have on their lives.”

The ambassador notes this as an example of the stark contrasts between Japan and Spain. “Spanish people are rather individualistic and when they confront a problem, they take an impromptu approach individually. Spaniards are not team players. But Japan is a highly organized and group-oriented society. Japanese try to solve a problem in a very systematic way. They are team players.” He mentions that Spain boasts famous athletes in tennis and golf, but not in team sports, adding “It was almost a miracle for Spain to have won the 2010 World Cup.”

Asked about how he hopes to advance bilateral relations with Japan, “contact” was his answer. “I want to maximize the contact between the two countries in order for them to know each other. Cultural exchange is one of the best ways to do this.” As mentioned above, already Japanese culture invaded Spain as manga, anime or Judo. How about the Spanish presence in Japan? “There are more than 70,000 Flamenco dancers in Japan, which is more than in Spain. Shoji Kojima and Yoko Matsubara are highly respected in Spain too.” The two are pioneer Flamenco dancers in Japan, with Kojima the chief director of Asociacion Nipona De Flamenco and Matsubara a top adviser. The ambassador wants to increase the Spanish presence in Japan saying, “The finance, telecommunication and construction industries are highly competitive in Japan. There are already strong players.” He proceeded to focus on fashion and gourmet areas, where Spain has a presence. Spanish clothes brands ZARA and MANGO already boast many shops in Japan and Spanish wines vie with French and Italian wines in popularity.

The nations’ bilateral relationship dates back to 1549 when Francis Xavier, a Jesuit missionary, arrived in Kagoshima. This was a major historical event as it marked Japan’s first contact with Christianity. And in 1609, a Spanish galleon, the San Francisco, ran aground near Onjuku in Chiba Prefecture. The captain and 300 passengers were cared for by the town’s people. The previous ambassador attended the 400th anniversary commemoration of this friendly event, which led to Hasekura Tsunenaga’s diplomatic mission, known as the Keichō Embassy, in 1613. Hasekura’s mission visited the Vatican in Rome and various ports-of-call in Europe and he is conventionally considered the first Japanese emissary to Western countries. Next year will mark the 400th anniversary of the mission’s departure, and the ambassador will attend a ceremony to be held in Ishinomaki, Sendai, where the mission embarked on its voyage, bringing artifacts associated with the mission. “Even though our countries are geographically far apart, I hope we will remain close in our relationship,” he remarked. 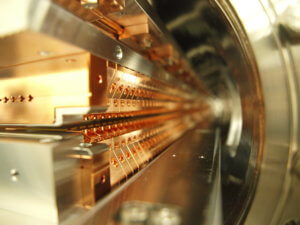 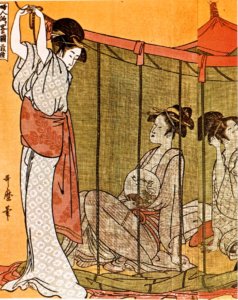