Japanese Kisetsukan: A Sense of Season

As an American living in Japan, one of the first things I noticed about Japanese culture is the attention paid to seasons and seasonal change. I come from central Texas, where the joke is the only seasons are Hot and Less Hot ― hardly inspirational. But Japan’s temperate maritime climate and beautiful nature have long inspired natives and visitors alike, and its culture shows it. After living in Japan for almost a year, I finally learned this attention to season has a word: kisetsukan.

From its agrarian roots, through centuries of Shinto and Buddhist practice, to the present, seasonal flavors and symbols have permeated Japan’s food, art, architecture, and general aesthetic. Some are easily seen and understood, such as hanami (cherry blossom viewing), momijigari (autumn leaf viewing), and various matsuri (local festivals). Others take time to learn about or experience.

A sense of season in haiku

For example, almost every educated Westerner knows what haiku are, but may not know that kigo ― a word or phrase associated with a season ― is an important element of haiku. Spring, summer, autumn, and winter (and in some cases, the New Year) each has a vast collection of words accepted as kigo: kaeru (frogs) connote spring, kazemachizuki (month waiting for wind) describes late summer, tsuki (the moon) for autumn, and hatsuyuki (first snow) for winter. Poets are still creating kigo, and there is now more than 5,000 kigo. Kigo is the language of kisetsukan.

Researching the Japanese seasonal-cultural phenomena was like peeling an onion, one layer at a time, very slowly. It is impossible, even an injustice, to condense the history of kisetsukan into a magazine spread.

What I can do, however, is reflect upon the appeal of such a deep-running affection to those who have learned this culture as foreigners.

Differences in the way Japanese people think about nature

First, it is important to note how different the traditional Japanese and Western attitudes toward nature are. Early American settlers regarded nature as wild, uncultivated lands that threatened their survival. The settlers sailed west from Europe with the prevailing intellectual tradition of the time, that “raw nature was regarded as worthless ‘waste’ until it is cultivated” by man, a view espoused most prominently by John Locke. After settlers had sufficient control of their new land and people moved further west, the Frontier Mentality was more positive, but still did not focus on a harmonious coexistence with nature.

On the other hand, the long-held Japanese belief concerning nature is “not one of ‘The Other’ confronting us, sometimes challenging and threatening us, but rather it is our comrade with whom we can have an easy commerce,” according to the philosopher Yuriko Saito. Saito grew up in Japan and was educated at both Japanese and American universities.  She has been teaching philosophy and aesthetics at the Rhode Island School of Design since 1981, and has written nearly 30 publications during her tenure.

Saito believes the Japanese identify emotionally with nature as transient and ephemeral, giving examples of passing showers, the sounds of cicadas, and seasonal changes themselves, as an analogy for the transience of human life. This view, that each passing seasonal phenomenon is unique, is where the heart of kisetsukan lies.

“I noticed a few differences as soon as the holidays rolled around each month,” he said. “The Japanese celebrations seem to be rooted in celebrating the physical changes in nature around them such as the leaves changing color in fall, the trees blooming in spring, the prodigious amounts of snow up north in the winter …”

There are 16 annual national holidays in Japan, and at least five are for seasonal acknowledgement: Vernal Equinox Day (March 20 or 21), Greenery Day (May 4), Marine Day (third Monday in July), Mountain Day (August 11) and Autumnal Equinox Day (Sept. 22 or 23).

Japan has a weather forecast for when the flowers will bloom

“Hanami really is the best example of the differences between perceptions,” she said, “because there is nothing I can compare it to back home. We have an azalea festival, but the entire state of Oklahoma doesn’t track the potential flower blooming dates for months on end.”

Seasonality extends to several areas of daily life, the most overarching of which may be food. The gastronomy of the Japanese cooking style reflects seasonal appearances and disappearances, and is known for preserving as much of the natural qualities of the food ― flavor, texture, color, shape ― as possible.

The principle of shun is important in Japanese cuisine. Shun is preparing food at the precise moment when it is its best: when fruits are their sweetest, vegetables at their freshest, and fish “still glossy and clear-eyed and twitching,” in the words of American food writer Fred Ferretti.

Shun is taken seriously by serious chefs. Itamae visit markets, farms, and specialty shops to buy the best of the best for the day’s dishes. The calendar of seafood availability is almost doctrine, and is so eagerly anticipated that early catches of a variety will fetch much higher prices.

This year’s first Metropolitan Central Wholesale Market auction in Tokyo’s Tsukiji fetched a new record price for tuna. Kiyoshi Kimura, the president of a sushi restaurant chain, was the winning bidder for the 269-kilogram (593-pound) Pacific bluefin tuna, to the tune of 56.49 million yen ($736,000 USD), or $1,238 per pound. The tuna was caught off the shores of Aomori Prefecture.

Mikiko Yoshida, a native of Ibaraki Prefecture who studied abroad in the United States, remembers being surprised at the food available at supermarkets in the U.S.

“Almost everything was just the same at the stores and restaurants in every season,” she said. “I remember eating almost the same kinds of food during my stay in Oregon and, oh, how bored it was. Feeling the season through food is one of the important things that makes us being ‘Japanese,’ so I kinda felt that I’d lost my identity when I was in the States.”

Japanese cuisine has many types of seasonal food. Wagashi, Japanese confectionery, is a good example. Wagashi are usually made with mochi (pounded rice cake) or adzuki bean paste, and usually a fruit or other plant flavor. Traditionally served at tea ceremonies, today they are found in specialty shops and supermarkets.

Wagashi (Visit non-Japanese "wagashi" chef article) take many forms, textures, and flavors. While some plain and simple wagashi are eaten year-round, such as taiyaki and dango, many convey a sense of season or celebrate an occasion. Sakuramochi is one of the most famous sweets. It is made with pink-colored mochi and a pickled cherry leaf, and its availability corresponds with the timeframe cherry blossoms are seen throughout of Japan ― usually from late March through April.

Emery Babcock, from the state of California in the U.S., studied at Waseda University from 2008 – 2009, and currently lives in Saitama city. Wagashi are what tell her that the seasons are changing.

“I like going into stores and restaurants and seeing different flavors reflected in the specials of the month,” she said. “I think it is more prevalent in Japan, and it’s quite tasty!”

“It’s like, ‘grab it while you can!’” echoed Babcock’s friend Pete Williams, who moved to Kasukabe, Saitama Prefecture, from England in 2010.

Even at casual restaurants, a seasonal menu usually accompanies the fixed menu. In summer, for example, natsuyasai spaghetti is a common pasta dish that includes summer-harvested vegetables like cucumber, tomato, eggplant, and pumpkin, among others. Or try hiyashichuka, a cold Chinese-style noodle dish of, which is only available in summer.

Fresh blueberries, a seasonal crop in Japan, are a year-round breakfast food staple at the Zen Hostel, which serves Western-style breakfasts. But because they are not always available, the policy at the hostel is to freeze fresh.

“I have to admit, we have likely disrupted the local blueberry market,” Miakisz said. “Once the local farmers get blueberries in, it is time for us to horde them… Last year we spent 10,000 yen ($125) on two trips to the local farmers markets. I don’t know how many grams or bushels that would be, but it was enough to fill our stand-alone freezer. Yummy!”

Nature and seasons are not unique to Japan. But it is here that some learn to appreciate them – a realization further compounded by international focus on modern environmental problems. We feel the length of days and seasons; taste fresh foods; see flower blooms rotate throughout the year; listen to storms, birds, frogs, and cicadas; and smell the sakura and gingko trees. Japan should be experienced with all senses engaged, no matter whom you are or where you are from.

One thought on “Japanese Kisetsukan: A Sense of Season Among Japanese People” 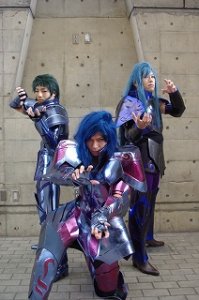 Otaku in Japan: Youth in Japan 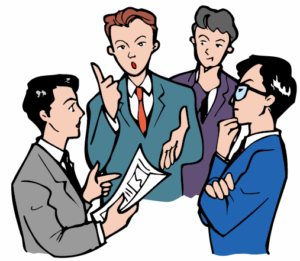