Sixty-six percent. In over 25 years of reporting on how people think and feel, I have never had such a reaction as I have had to that number. At a recent TEDxTokyo* event, I presented the idea that our Truth Central, global thought leadership research had showed that 66% of young adults in Japan would not mind being known as “otaku.” It is a number to shock many, raise a lot of questions and at the same time encompass some of the misconstrued ideas that exists about today’s youth and their ambition.

*TEDxTokyo was created in the spirit of TED’s “ideas worth spreading” mission, with TEDx events planned and coordinated independently on a local basis. For further information, go to http://tedxtokyo.com/en/.

First some clarity.  At the end of 2018 we undertook a project to understand the truth of what young people on the streets of Tokyo were interested in, worried about, aspiring to. It was in that survey that we first discovered that 66 % of respondents said that they thought being known as an “otaku” might be an advantage. But what did that really mean? The interpretation that they were placing on that term was not the “weird, social shut-in who overindulges in anime fantasies” that many older people may have used. Rather there was a feeling that it could mean being known for having an intense knowledge of something, of being a specialist. And that was very important. Because by 2018 young Japan was feeling that in order to be recognized and find a place in their social groups and in their own future, it was important to be seen as having something unique to offer.

This is a generation who admire characters who are confident in having their own view. Whether that is Masayoshi Son of SoftBank, who we often find is acclaimed by young Japan as the most successful leader in the country. Notice he is seen not just as a successful entrepreneur but as a man of ideas. Someone who has unique knowledge. Just as do the characters from One Piece, perhaps the most popular manga series of their lifetime. In that saga, nature or fate, each character has his/her own goal and specialty. Their ambition may be to work together under a single leader, but only so long as they can achieve their personal goal and they use their own skills to help achieve both group and personal results.

In 2019, we took a much deeper look at what motivates young people around the world and it’s worth considering three of the key issues that define what high school and college students think important and how their Japanese colleagues may be reacting.

Authenticity is perhaps the defining motivation behind young people around the world today. Whether in Japan or the USA or China, we found that the need “to see things as they are” was commonly defined as a key to behavior and how young adults judge the world. It is needed not only for brands and services but in education, careers and every aspect of life. And it is as important as any reason for doing something. Big logos are rarely seen on shirts because “you wear something because it means something not because you want to brag you own it.” Collaboration items where two or more brands or causes have come together to create something new and unique are in high demand because they indicate the user has found and is committed to something with an original meaning.  This is all due to the notion that “people who know, know.”  Wearing or doing something that everyone can recognize and copy is interpreted as more a statement of being common not special.  Similarly we found that young Japan talks of careers and life goals not in terms of the general tags that they believe their parents used such as responsibility, group success and national pride. These are all still important. However in thinking about their own lives and future young Japan also wants to feel that they are less likely to compromise their own sense of uniqueness. Remember they are generation for whom the “bubble” is simply history, that the Lehman shock meant watching their own father’s generation become disillusioned with the system. At the same time they have been a relatively sheltered generation whose parents have denied them little. So searching for some authentic mix of personal skill and characteristics has been a part of their whole upbringing.

The goal is to always have a unique twist, something original to say. It could be an original way to wear a shirt, to use a word, or a point of view. These have in a sense always been the clues to modern youth culture. There obviously are trends which people need to be in tune with but the importance to fit in overall needs to be complimented to originality. Just as in stories like One Piece each member of a group has their own specialty and having everyone playing off of each other makes the total vibe stronger. You might call it the collective power of different values.

The third factor we found as a strong motivator behind behavior and thinking about the future was the need for greater personal development, greater independence and self-expression. They have the desire to find ways in which they can present themselves as capable of making their own decisions. Now, you may think this is something that may be unique to particular countries yet we found this to be as important to young Americans and Koreans as young Japan. And this is important as we keep in mind that young America is struggling just as young Japan may be. Although there are many differences in both countries, young people today are facing tough economies where employment opportunities are difficult. Companies in both countries have in recent years cut back the number of new graduates, looked to off-shore work or use more part-time and casual employees. With that scenario having something unique to offer is again becoming more important.

Since publishing our “Truth about Youth Studies,” I have been interested in the number of human resources executives who have shown an interest in our findings. As they have struggled with the changing needs of their companies, desires to change employment status, young people who seem in one sense to be less dedicated because they are unwilling to fit into “templates” of what an employee should want and do and, by Japan standards, higher turnover rates they have asked if there is something wrong with today’s young adults. Working with them we have discovered that a life time of training through popular culture, their experience of the world and the behavior of people they admire today’s young Japan is no less ambitious, or dedicated. They are however driven by those three motivations to feel authentic, be original in some small way that will make them more valuable to the group and importantly they want to feel they can become someone significant.

Succeeding in whatever you are into and expressing that in a relevant way to peers is a high motivation for today’s young Japan. The truth about young Japan and ambition was best expressed to me by one of my younger colleagues … “it’s not that we want to change everything, mostly we are happy, we just want to be listened to more and have a chance to show our uniqueness.” 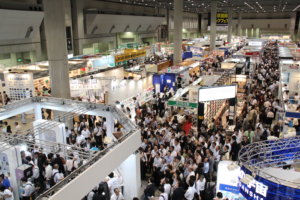 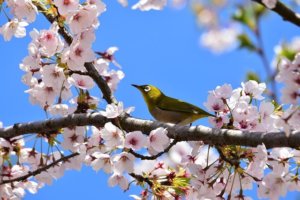 Japanese Kisetsukan: A Sense of Season Among Japanese People