As 66% of the land in Japan is covered by forest (mori in Japanese), Japan may rightly be called the foremost “forest country” among the world’s developed nations. Indeed, such forests even exist within Japan’s major cities.

“Noritake no Mori (Noritake Garden)” is approximately 15 minutes by foot from JR Nagoya station. Covering an extensive 44,960m2 site, Noritake no Mori is more of a park-like space than a forest, which anyone can enter freely. Tranquil scenery spreads out before the Mori visitors, who include persons taking their dogs for a walk and others who come to rest on benches under the trees in front of the fountain, seeking the cool breeze of the shade. The Mori also occasionally stages events such as a summer beer garden, music performances, and activities for local people to enjoy.

Actually, Noritake no Mori was formerly a vacant industrial lot of Noritake Co., Ltd. that was converted into its corporate culture facility. This premium porcelain and whetstone maker has its head office on an adjacent lot. The Noritake Company was founded in 1904 by Ichizaemon Morimura and his associates with the objective of producing Western tableware, and the factory and head office were constructed in what is now Noritake no Mori. However, with changes in the production system, production of tableware at the site ceased, leaving a cluster of red-brick factory buildings. This is where Noritake no Mori was created. These days, mass-produced goods other than premium porcelains are made entirely at the company’s factories in Kyushu, Japan and Sri Lanka.

The corporate brochure introduces the Mori as follows: “The Noritake no Mori is a sign of our gratitude to the people of the local community who have supported us for a century since the company’s inception, as well as a show of our dedication to environmental protection. Nestled amid lush verdure, the complex boasts cultural facilities such as a craft center, a museum and an art gallery, as well as a biotope containing numerous species of small creatures.” In addition, amenities such as tableware stores and restaurants that use Noritake-produced tableware are also available within the Garden site.      The craft center is a facility that enables visitors to observe the process of producing porcelain (bone china), which can be called the grass roots of the Noritake Company. Although the craft center is the only facility in the Mori that has an entrance fee, it allows visitors to directly appreciate the beauty of porcelain, from the making of bone china clay to painting on the patterns and illustrations. The first floor of the four-story building introduces the casting process used to manufacture bone china, from “modeling” to “glaze firing.” On the second floor, visitors can observe work such as expert craftspeople demonstrating how to draw on the designs and even experience painting the porcelain themselves (separate fee).

On the third and fourth floors, items such as early 20th century Western tableware and tableware design sketchbooks, gorgeous flower vases, and decorative plates are exhibited.

Upon entering the first floor entrance, there is a display of the raw materials of bone china. Feldspar, silica, kaolin, clay are ground and mixed with cow bone ash and water to make a thick paste called a “slip.”

The subsequent stages of the process are as follows:

① Modeling: Clay is shaped and a rough mold is made out of plaster. As the mold shrinks during multiple firings, it is made slightly larger than the finished product.

② Slip casting: Slip is poured into the plaster mold and shaped. (Round plates are made on a potter’s wheel.)

③ Assembling: The individual pieces are separated from the mold and assembled together.

④ Finishing: The seams and joint marks on the piece are scraped smooth by hand.

⑥ Glazing: A glaze is sprayed on the surface to make a thin coating.
⑦ Glaze firing: An 11-hour firing at 1100-1130c to form a translucent glassy surface.
⑧ Decoration

・Hand painting: Skilled craftspeople employ hand-painting techniques. As firing alters the colors, the craftspeople also have to take this into account when painting the porcelain. However, it is said the colors often do not turn out the way they envisaged.

・Decal application: Pigments are printed on a special sheet and the surface is coated with a thin resin film called decalcomania paper. The paper is pressed to transfer the pattern to the porcelain surface.
・Sandblast: Fine abrasive grains are sprayed at high velocity to etch glazed surfaces.

⑪ Gold firing: Gold-decorated products are fired at around 800c.
⑫ Quality inspection: With skilled eyes, ears and hands, craftspeople carefully inspect each finished product to ensure there are no marks or warping.

After building a porcelain factory in 1904, Noritake took 10 years to complete production of Japan’s first dinner set and started exporting to America. These days, Noritake leverages its porcelain-making technology to operate three lines of business: industrial products (producing whetstones for grinding various objects such as car parts and hypodermic needles, developed from the technology used to make the bottom ridge of plates smooth); ceramics and materials (“electronic paste” – a substance used in cell phone and computer parts that employs the paint technology used for painting porcelain); and engineering (making the firing furnaces required to produce televisions and solar cells, which utilizes the technology used to fire porcelain). These three businesses accounted for at least 90 percent of Noritake’s 2011 sales of 102.2bn yen, with the tabletop business only contributing around eight percent overall. However, Noritake is also an institution with tangible passion for craftsmanship and stands by its founding principles:

“Our century of prosperity has been built on a solid bedrock of passion and principle. The passion refers to our undying quest for innovative craftsmanship borne of a desire to manufacture white, beautiful, finely detailed tableware in Japan. The principle speaks of our founding ideals – to enable your character, work for the prosperity of the country and the happiness of the people through foreign trade, and contribute to permanent world peace – which entreats us to use our business as a vehicle to make a real contribution to society.” 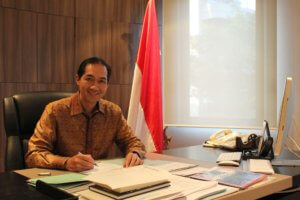 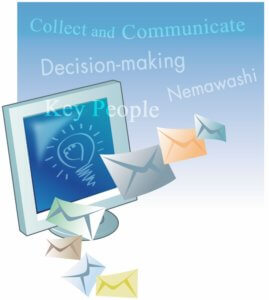