Fathers have a hard time. Japanese fathers seem to feel they have an especially hard time

Over the last eight years, before and after the disaster of 3.11, we have seen consistent patterns among people of all ages when they think of their own lives and their future. We ask people to tell us the three words that best describe their lives now. Across all ages from 15 to 65, we hear terms like anxiety and stability, but we also hear words like happy and most commonly freedom. For men and women from teens to retirees, there is a mix of being anxious about the country and their fitting into the changes it is experiencing and along with a strong feeling that, compared to past generations, they have greater freedom to explore options in life and to try new things. All that is except fathers of families with children 12 years of age and younger.

Those men who are now mostly in their 40s never mention freedom. For them life is more likely to be described as being about effort, being tired and striving. While they see young people growing up with very different lives to their own, their wives are behaving differently to the way their own mothers did, their fathers are retiring with pension funds they know they themselves will not enjoy, these middle aged men feel a real grind. They truly suffer from a “bubble envy” knowing that at their current age their fathers were in their 70s enjoying the benefits of a seemingly endless boom, were building strong pensions for the future and had a very settled and organized family life that revolved around no expectation for father except to be the hardworking salary man.

What Is Important for Modern Fathers?

Now the youngest generation of fathers are volunteering in some cases and being challenged in others to undertake a different life. A few years ago as we began our exploration of modern fathers we were holding group discussions about “what was important.” While the first few respondents talked of their responsibility to do well at work, to ensure family income etc., one young father rather shyly suggested that what was most important to him was “getting home from the office at least once a week in time to read his three year old daughter bed time stories.” The rest of the group stopped, stared and then slowly at first started to commend him and discuss how that was such a brave thing to say.

In Japan, women no longer wish to be seen as just “mothers” and are putting off marriage and childrearing in order to consider their options, and being perhaps more selective in choosing a partner man who are under pressure to be a different kind of father from a stern and distant disciplinarian who really took little role in household duties.

What Is the Ideal Father?

We have undertaken a detailed, multi-year study that we called “Real Fathers” to understand what dad wants and what his family expects and desires from him. For the father the ideal is to skillfully fulfill each of the different roles he sees himself playing: as a father to be dependable, as a husband to be loving, as an individual to be attractive. Perhaps a reasonable and not too adventurous set of hopes. On the other hand when we surveyed their wives we found that while all that sounds great just being dependable seemed enough for a start. That was not meant to be dependable as a bread winner; although over the last few years the uncertainties of work mean that a husband who does manage to keep his job and if possible to gradually increase family income is in itself is more important than in the past. Dependability also means support; Supporting the wife in daily chores, in playing an active and consistent role in raising their child.

This can start from the beginning of fatherhood. In June 2011, three days before Father’s Day, the Ministry of Health, Labour and Welfare (MHLW) launched the “IKUMEN Project” to promote expectant fathers to participate in parenting through activities such as encouraging paternity leave. Ikumen means men who actively participate in raising their child and the aims of the program are both functional such as raising the number of fathers who take paternity leave from the current 1.72% to over 10% in 2017 and 13% in 2020. It is also about improving the work-life balance of both mothers by encouraging men to take a more active role in child rearing and housework and of the men themselves.

When asked about shopping for key household items, today’s fathers claim and it seems actually that they do play a key role in decision-making about durables, entertainment and family outings. More important was their attitude to purchasing these types of items. They talk a lot of the need for greater enjoyment, of family comfort and well-being, and also of perhaps the more expected desire for child nurturing. What has become clear is that while fathers are finding the grind of the economy which is forcing them to spend most of their time worrying about how they can take care of their family but at the same time this new generation wants to spend more time with their child.

Our study also threw up some interesting perspectives on what today’s fathers wish they could spend more time doing:

While their wives wanted more personal time and space, the modern Japanese father wants to get more family time and interaction. They want to be heroes in an everyday sense. Playing a role in everyday events and adding a little more to family life. Why? They tell us this is in part a reaction to having seen their own fathers devote everything to their jobs and then not having closer relationships with their children. They tell us it is in part because that is what a wife today wants from her husband. Most of all they tell us that they think about their own childhood which on reflection had been so secure and yet was one that their fathers had played little day to day part in. Now in a time of less work and career security they want to know that when they are home they are loved and part of a secure family.

While today’s younger fathers are very concerned about the present, there is a real clue as to what they want when we asked them to tell us the words they hope to use to describe their lives in five years’ time. Terms like anxiety and stress are much less frequent. They still don’t talk of freedom, which their wives claim as the number one description of their future lives, but they do focus on “stability” and having a “pleasant” life. Doesn’t sound like too much for a father to wish for does it? 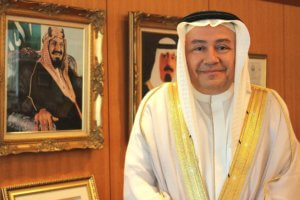 Abdulaziz Turkistani: Ambassador to Japan from The Kingdom of Saudi Arabia (until 2015) 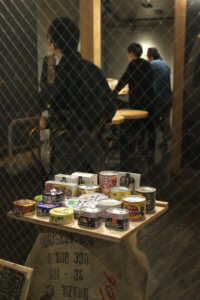