Where Does Japan’s Soft-power Come From?: The Truth About Japan’s Creativity 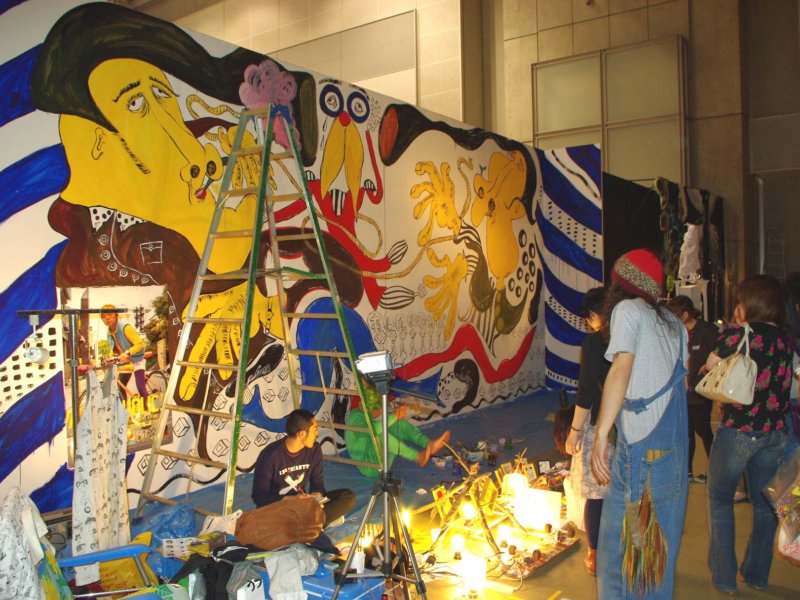 The award ceremony for the Ig Nobel Prize, which is given for unique scientific research, was held online in September 2021. The prize was awarded to a Japanese research team led by Assistant Professor Hisashi Murakami of Kyoto Institute of Technology, who conducted experiments and verified why pedestrians sometimes bump into other pedestrians. This is the 15th consecutive year that a Japanese has won the Ig Nobel Prize. Because of this, Japanese people are regarded as very creative worldwide. What are the reasons for this?

Japan is the creativity king! Despite all the seemingly bad news about Japan that appears in the global press, the reality is that around the world people continue to see Japan as a place of fascinating new ideas, some certainly quirky, but always creative.

Tokyo As The Place to Find out the Latest Trends

The evidence is certainly clear in my daily life. McCann has offices in 120 plus countries. Nearly every work day we receive requests from at least one of them asking us to “find out what the latest trend is in Japan” simply because they see Japan as having the most innovation in everything from the expected like robotics and toilets to unusual soft drinks. As I write this article I am flying to Brazil where a major telecoms company wants to know what the latest innovations are in Japan, because they recognize that beyond having created a unique system for itself, the industry continues to create unique new services. The GREE model for mobile gaming is often talked about as “the next big thing.”

Early last year, I carried out a study with about 400 of our consultants around the world asking them “which city do you think transformations are coming from.” Given the then flood of Apple, Facebook and Google news it was not surprising that the greater San Francisco – Bay area was a top choice. But it was matched by Tokyo which people saw as a continuing source of ideas that changed the way we live.

What Attracts You to Stay in Japan?

When people ask me why I like living in Japan, my standard answer is the simple recognition that Japan remains the single place where more interesting new products come. Then I quote the American Science Fiction writer William Gibson who writes books set in the very close future. A decade ago, I read his response when asked why he lived in Japan for a few months every year: “when I want to see the world in five years, I go to Tokyo now.”

Japan as the most creative country

Of course that deep recognition of Japanese creativity is much more than new consumer product developments. Japan is still a much sought-after destination for anyone in the arts and creative industries simply because of the range of breathtaking ideas and idea generators. Nevertheless it was interesting earlier last year when Adobe issued a research study called “State of Create” that looked at how people around the world rank countries on their creativity. Five thousand people across Japan, the USA, France, Germany and the United Kingdom were asked their opinions about creativity in business, education and society. Overwhelmingly they saw Japan as the most creative country in the world. Well with a couple of interesting exceptions. Because, of course, there is disconnect in all this when you talk to Japanese people. Over the last eight years we have run national surveys on nine occasions where, among other things, we ask people of all ages to pick the best words to describe Japan. The answers usually revolve around economic problems and anxiety. There is some discussion of technology leadership, though that has been dwindling in recent years, probably in reaction to the continuing news on bad domestic economies. What is newly mentioned is the one thing that people in other countries agree Japan has in spades, creativity.

The definition of “Creativity” in Japan and the US

Around the world people hold similar views on the role of creativity. Around 80% of people everywhere, including Japan believe that unlocking creative potential is key to economic growth. However when people are asked about their own creativity, we see some, perhaps stereotypical, differences. For example while on average a quarter of people everywhere believe they are living up to their creative potential that number climbs to nearly 40% in the USA and down to 17% in Japan. In the USA more than half of all people describe themselves as creative, in the UK and Germany that number is over 40% but in Japan it slips to only 19%.

Of course the definition of being creative differs. Where Americans use descriptions like “being able to see something unique in the world,” a typical Japanese response is more likely to be “to do anything with that ‘always seek to be better’ mindset.” What I found interesting was the way the Adobe study highlighted the way Japanese people tend to look at economic factors as limiting creativity. There are comments like “Income has decreased by a recession, and now the mental margin is missing. It is too difficult to feed excellent talent.”

One German respondent said, “Spontaneity is very important for creativity. Whoever wants to be creative must be able to react quickly, be guided by his feelings and deal with new situations and solve them individually.” Somehow it would seem hard to imagine a Japanese response being similar. Instead it would more likely be something like a quote I heard from one of our own pieces of research with young adults in Tokyo. One young woman said, “I hope to work in the design industry, but of course my success will depend on the team I work in and our ability to find a way to jointly analyze and develop something that really works well.” Creativity as an individual spark of imagination, or as societal desire for perfection? Of course any debate of “who is more creative” is subjective, based on cultural stereotypes, restricted media awareness and our own limited histories. However I am always worried that my own staffs seem constantly surprised that people around the world are asking them, “Please tell us about what is happening in Japan as it is the most creative country.” If the country can top independent rankings, now imagine what it could do with some more positive self-promotion.