What is "Kyogen"? It is a comedy with samurai spirits in its background”

The story goes… A master becomes aware that two servants have been purloining his sake (Japanese rice wine) during his absences. In an effort to discourage their thievery before departing on his next trip, the master uses ropes to fasten both arms of one servant to a long stick and then ties other servant’s hands behind his back. Both servants, however, remain incorrigible, determined to enjoy themselves drinking their master’s sake. By the time the master returns, both servants have become totally drunk and are having a great time…that is until the master starts chasing them around trying to punish them.

The difference between Kyogen and Kabuki

This is “Bo-shibari” (Tied to a Stick), what might be said to be a typical traditional Kyogen story. Although the Kyogen stage uses no lighting effects, no microphone and almost no props, anyone can enjoy with their imagination because the storyline of Kyogen is always so simple. Unlike Kabuki[1], the performers don’t use make-up either so that audiences can see their expressions clearly. The size of Kyogen theatre, called “nohgakudo,” also fits in this purpose. Usually seating capacity is something around 500 and never more than 1,000, so the audience is seated relatively close to the performers.

[1] Kabuki is a form of traditional Japanese theatre that originated in the 17th century. The make-up of the actors is called kumadori, and the colors and designs differ according to the characteristics of each role: red stands for virtue and bravery, dark blue for vice. Since the Tokugawa shogunate put a ban on women performing on the stage, even the female roles have been played by special male actors who are known as oyama.

Noh and Kyogen are different, but they together are called "Nohgaku"

Kyogen literally means “deranged words” or “wild speech.” It is a traditional form of Japanese comic theatre that dates back more than 600 years, and having developed in parallel with the Noh theatre, they are referred to jointly as Nohgaku.

Nohgaku was proclaimed “Masterpiece of the Oral and Intangible Heritage of Humanity” by UNESCO in 2001 and is recognized as the longest lasting theatrical performance in the world. Inspired by historic dramas and tales from traditional literature, the symbolic and aesthetically refined Noh is a dance-based performance marked with reserve and suggestion. The topic is rather spiritual, dealing, for example, with the world after death. Kyogen, on the other hand, is a spoken comedy which realistically depicts the shortcomings or idiosyncrasies of the common people. Both are performed in the same space, with Kyogen being an interlude to a Noh performances. This harmonious combination of both symbolism and realism embodies the essence of human nature.

A story from 600 years ago can still be funny today

“At first, I thought it was boring. But later I was taken so much and found it interesting,” says Thane Camus, a well-known personality on Japanese TV who hails from New York. Camus acts as an audience’s personal navigator for the “Yokoso Kyogen” series. (Yokoso means welcome.) Sponsored by Yorozu Kyogen, the series is born from the desire to share the humor of Kyogen with foreigners in Japan, both tourists and residents, without the use of English subtitles or dryly written brochures. Thane explains the history, meaning and dialect of Kyogen before, during and after the play in English so that all may enjoy the artistry and spirit of Kyogen.

“I found it fascinating that there are stories about comical failures or mishaps 600 years ago but they can be still appreciated now and found funny to us. It is also interesting to know that humans are the same even in different eras and appreciate the same old stories over the time,” Thane says, explaining the appeal of Kyogen. Manzo Nomura IX, a famous Kyogen actor, who has been on Yokoso Kyogen series, adds, “Even though Kyogen went through minor changes over the long period, it hasn’t changed much since we want audience to appreciate it in its original style. They can reconfirm that the same stories were performed in a same manner and were laughed at in a same way. They can trace back our common humanity without the need for time machines. That’s the great thing about handed-down traditions or conventions.” He is the second son of Man Nomura who is one of Preservers of Important Intangible Cultural Properties designated by the Minister of Education, Culture, Sports, Science and Technology.

At the third Yokoso Kyogen series held last October, many non-Japanese were in attendance. An Australian man accompanied by his Japanese girlfriend said, “I was a bit reluctant to go at first for fear that I wouldn’t understand it. And I am still not sure if I fully understood it. But I could feel there is a strong and firm spirit behind this simple comedy.”

His observation is correct. Since Nohgaku was once performed at a shrine, a sacred place, it has a set of rules to be followed. Voices should be pronounced beautifully and appropriately. Posture is also very important. Chest out, stomach in and the spine is kept straight all the time. Every single move actors make exudes an air of politeness.

“Even though Kyogen as comedy is performed at a sanctified place like a shrine, it still seems appropriate,” says Nomura explaining the background of those rules.

Interestingly Kyogen also boasts similarities with the martial arts. Actors basically walk without lifting their feet just as in kendo or judo. And training is usually done through viva voce. Facing a master one-on-one, a trainee mimics what the master acts or says, much as in the martial arts.

At Least Takes 5 Years of Training

“It takes at least five years to become a full-fledged performer,” says Nomura. “Until then, there should be no originality. But we don’t teach everything. Some space is always left from which one’s originality can be born.” He goes on to elucidate his personal interpretation of his art: “It incorporates not only laughter but the life force or vitality of humanity. Like ‘After all, tomorrow is another day,’ Kyogen contains a strong message.”

At the series last October, two stories were performed. One was the previously mentioned “Bo-shibari” and another one  “Fukuro Yamabushi” (Owl Mountain Ascetic), the story of which goes as follows: A man requests a yamabushi (mountain ascetic) to come and offer a prayer to cure Taro, his younger brother, who has been behaving strangely since returning from the mountains. After the yamabushi arrives at the man’s house, the yamabushi starts to pray and Taro begins to hoot and flap his arms like an owl. The yamabushi explains that while in the mountains Taro must have knocked down an owl’s nest. The yamabushi senses that the problem is caused by the anger of the owl. But the more fervently the yamabushi prays, the more vigorously Taro hoots and flaps….

The story is also very simple, but the scene of repeated actions both by the yamabushi and Taro made the audiences laugh.

A company employee in his 50s remarked, “Noh is a little difficult to understand. But a Kyogen story is always simple and feels familiar. Not only non-Japanese but even Japanese who are not used to seeing those traditional theatres can enjoy it, I think.”

A woman in her 30s said, “This is my first to see Kyogen. I came here to learn the basics of Kyogen. I could appreciate its culture and training scenes. I want to come back and see more when I have a chance.”

According to Nomura, there are around 250 traditional Kyogen stories and if modern new creations were included, the number would surpass 300. Each story usually lasts no more than 30 minutes.

Kyogen is "a comedy with the samurai spirit"

For those who have yet to view a Kyogen performance, Thane Camus makes this appeal: “Please come and see it once. Seeing is believing. You will understand how interesting it is and get a glimpse of the Japanese nature of industriousness and craftsmanship and so on.”

“Kyogen is simple and strong among other traditional art forms in Japan,” Nomura adds for emphasis. “It is a farce made upon rules and with diligence and commitment at its roots, or a comedy with the samurai spirit in its background. Kyogen is a form of culture in which Japanese can take pride. It has continued to exist and will exist forever. Anyway, come and see it.”

Kyogen was well received and patronized by the armed nobility or samurai (warrior) class during the Edo period (1603-1867). It is not simple slapstick, but a refined comedy with a set of rules to be observed. The samurai class must have had an affinity with this regulated comedy. 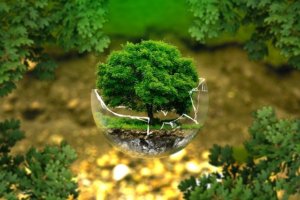 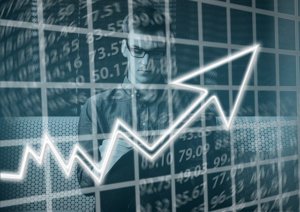