THE TRUTH ABOUT Japanese People’s WELLNESS 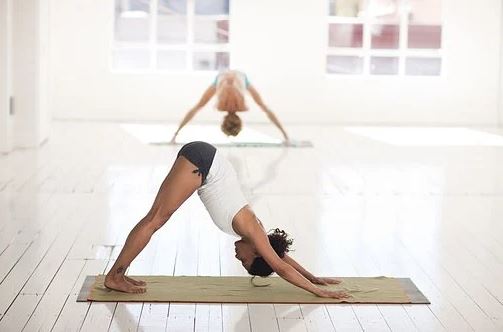 It’s a very personal subject and yet one that has great social consciousness and public awareness.

Maybe it’s not surprising that the discussion of what is “wellness” is definitely a thought-provoking subject. A sticky topic that people find interesting, one on which they want to hear others’ opinions and share ideas about. Usually when we run focus groups and workshops the stereotype that Japanese people are more reticent to share their views holds true but that was certainly not so with the sessions we ran to ask people about wellness. From high school students through to retirees everyone was very happy to share experiences. We asked the attendees to bring items they said represented wellness to them as a way to introduce themselves and saw a huge range of items from one man’s proudly displayed collection of entry numbers to marathons he had completed to a lady’s special rice menu recipes.

What Does Wellness Mean to You?

“Wellness means leading a regular and healthy life by doing moderate exercise, being free from stress, building a good relationship with others.”

One 42-year-old man explained that for him wellness was about the struggle to do what is right for the body and mind – “Some things are easy to control while others are not. We need to control what is controllable. Overall we found a consensus agreeing with something from a housewife that wellness means leading a regular and healthy life by doing moderate exercise, being free from stress, building a good relationship with others. If you feel stress you won’t feel like exercising, then you don’t eat so well and then you feel insecure.”

We know that Japan has a reputation for stress. Given people here are never very confident about the nation’s future that no doubt makes for a stressed society. In a national poll McCann has run 11 times over the last eight years, we have found that when asked how they would describe the country they are nearly always negative. Of course we all know worries about the economy, the political situation, 3/11 recovery are all causes for concern. Asked which country they think is the happiest, 31% of Japanese say it is Bhutan. (The extended time the king and queen of Bhutan spent in Japan two years ago, obviously did a lot to educate people here about that nation’s gross national happiness index highs.) Only 15% felt that Japan was the happiest nation. By comparison 65% of Brazilians thought they were the happiest, and 33% of Americans saw themselves as happiest.

Are You Achieving Wellness Mentally or Physically?

So how do we all feel about happiness? Recently McCann Truth Central, McCann thought leadership group conducted research with 7,000 consumers in Japan, the US, UK, China, Turkey, South Africa and Brazil asking people of all ages about their attitudes to wellness and discovered some interesting comparisons in attitudes to life, health and wellness.

For example, it seems that if you are 34 years of age, the global consensus is that life is downhill from there as it’s the optimal age to achieve wellness. However there does seem to be a co-relation between the demographic profile of a country and the age at which people feel maximum wellness is reached. In a country like Turkey where nearly 60% of the population is under 25, they think the optimal age of wellness is 23 but in Japan people say it is 44, the oldest of all countries we surveyed. The Japanese are also the least likely to fear aging. About 37% agreed that they like the idea of getting older compared to 26% in other countries. More tellingly only 17% of Japanese people say they don’t like the idea of getting older compared to 43% everywhere else.  In a country where women live longer than anywhere maybe it’s not surprising that they find it easier to achieve wellness than men. In fact, 37% of Japanese women find wellness easily (versus 23% globally). The sad news was that only 5% of Japanese males think it easily against a global average of 12%. This too rings true with our previous surveys where we found that men are generally less positive about life and their own future, especially middle aged men.

Given the seeming open feelings about aging I was surprised to see that Japanese females say that the age to which they will live is 78, well short of the actual life expectancy of mid 80s. In fact of the countries we surveyed Japan is the only one where people say that the actual age they will live is less than the real expectancy. While the average person around the world says they want to live longer than the real current life expectancy (87 years globally, 92 in the USA, 91 in China). That certainly reflects a certain negativity that was reinforced in another set of questions we asked concerning the wellness of the world.

For example, when we asked how long they think the world will survive, most countries think we will all be around for thousands of years. In Japan though we found a surprising quarter of all people don’t think mankind will see another 500 years. Of course that may be a reflection of the post 3/11 depression but it still says a lot about a country that collectively has deep concerns about the future.

But let’s not get too depressed. While people in Japan may not think the long term future looks too bright they are among the most likely to believe that they have the power to change their own wellness. They believe it is a balance of keeping both physically and mentally fit. Interestingly, while people in all countries see mental fitness as important, Japanese people are the most likely to say that maintaining wellness is about keeping physically fit. In fact over 60% of people say that is the one thing you need to maintain as you get older. As we dig deeper into the findings from the Truth about Wellness research it does seem that Japanese people are cautious about the future but committed to maintaining their state of wellbeing. A good thing we found was that when asked, the people of all countries surveyed believe that Japanese people are the most likely to have embraced wellness.

Disasters in Japan: How to Prepare for Emergency?