In a country that sits precariously on a part of the globe rife with earthquakes and volcanic activity, there has always been a concept in Japanese culture that good things are not long for this world. One only has to study the poetry or language of the country to find expressions like bijinhakumei (beauty is short-lived), shogyomujo (everything is transitory) to see this way of thinking is inherent in the culture. The reverence held towards sakura (cherry blossoms) could be said to draw somewhat from the image of the beautiful flower that blooms and dies so quickly.

Despite this tendency to accept that nothing is permanent, there are many movements within the country to preserve the culture itself that drives and fuels the Japanese identity. Culture being the vast and overarching concept that it is, there are any number of artistic or historically unique ideas that this encompasses; one particular aspect is architecture. “Registered Tangible Cultural Property (buildings and their plots)” is a word that essentially refers to buildings which have been deemed important cultural properties by the government. In order to be eligible for its status, as well as being over 50 years-old, a building must conform to one of the following before it can be recognized as a Registered Tangible Cultural Property:

If a building meets the above requirements, the owner must first apply to the local government offices, who will then apply to the national government in order to receive official certification and registration. Once the building has been officially recognized, the owner will receive financial aid and tax exemptions from the government that will go towards the upkeep of the property. Through this method, many of the historic architectural treasures of the country are maintained.

There are more than 9,000 registered properties. While many of them are family homes, some of these are operated as hotels, or ryokan (Japanese inns). A number of these inns formed a collective community in 2010, known as the Japan Association of Inns for Architectural Conservation (JAIAC). The JAIAC aims to preserve, protect and promote Registered Tangible Cultural Property that operate as inns or hotels. Currently, there are some 80 inns, hotels and restaurants involved in the Association.

For travelers visiting Japan, spending a night in one of these cultural properties may well be the perfect opportunity to experience the traditional aesthetic of the country, by way of architecture, cuisine and hospitality. This article introduces three ryokan in Tohoku region (north-eastern Japan) that are active members in the JAIAC. Each inn had its own distinctive and unique characteristics. Notoya Ryokan in Yamagata Prefecture was like something from Miyazaki Hayao’s movie “Spirited Away” --- a beautiful old wooden building that can be found on a sleepy onsen street running alongside a river. Stepping through the front porch of the inn was almost like entering into a fairytale world. In the evenings, guests wander the street through the gloaming, dressed in their yukata (a light cotton kimono); along paths with puddles of light illuminated by the lights from the old-fashioned street lamps.

Kowakubi Onsen Shohoen in Akita Prefecture was an incredibly impressive old family home. Visitors are first greeted by an old gate that stands on the threshold of the property. From the gate, one can see the old house with its two grand entrances - one for visitors, one for family. Even now the house seems to have remained unchanged since the Taisho era (1912-1926), and it has a delightfully spooky aura to it. Wicker chairs can be found by the windows looking out into the garden with its small wooded area surrounding a family shrine. The house seemed somewhat like the setting for an Agatha Christie novel, with its old wooden staircases and suits of samurai armor decorating the rooms.

Nishiya Ryokan in Yamagata Prefecture was found deep in the mountains, and was a vast sprawling complex of immaculate traditional wooden architecture. The building has an enormous amount of roof space, and the owner says that during winter clearing the snow off the roofs is no easy task. He must ask members of the town to come and help him clear the roofs, and even with a group of locals, it can still take hours or days. It is naturally moving to see how some people are painstakingly working to preserve the manmade beauty of the past - at no easy cost. While sitting in a hot spring bath in the morning, looking out at the garden with golden sunlight streaming through the trees, one can begin to understand that life is short and these peaceful fleeting moments must be enjoyed to the full. As sunbeams light the steam coming from the hot bath, one is reminded that these warm baths only exist because of the very belching volcanoes that litter, bless and threaten the archipelago. 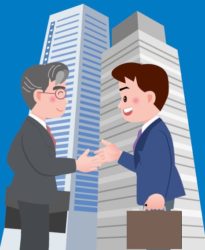