John Manjiro: Connecting Japan to the US 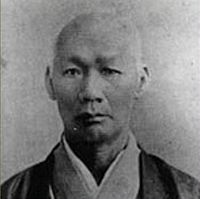 Manjiro was born in 1827 in the village of Nakanohama, near the cape of Ashizurimisaki, Kochi Prefecture. He was the second son of five siblings. His father, a fisherman, passed away when Manjiro was just nine years old. As his older brother was in poor health, Manjiro worked for the local village headman in order to support his family, despite being just a child. From morning till evening he spent all his time doing arduous work such as polishing rice, babysitting, cleaning, and chopping wood.

When he was 14, Manjiro, who had always dreamed of becoming a bonito fisherman, found work as a cook on a five-man bonito fishing vessel, which his uncle had helped arrange. Manjiro set out on his first fishing voyage in the winter of 1841, but luck was not with him. The boat encountered a storm and was cast adrift for seven days before washing up on an island.

The crew found themselves on the small uninhabited island called Torishima, which lies some 600 kilometers south of present-day Tokyo. Although they had escaped the jaws of death, there was no water or food on the island. Fortunately, the island was home to many albatrosses that did not try to flee when approached by humans, so the five crew members kept hunger at bay by eating birds, drinking rain water, and occasionally eating seaweed and shells from the sea.

After five months or so, when the men’s bodies were reduced to skin and bone and they were losing the will to live, they were finally blessed with good fortune. They were rescued by the American whaling vessel the John Howland, which by chance had been whaling in adjacent waters. Manjiro, who had never seen a steam ship before, was overwhelmed by the giant vessel, and he was gripped with fear by the sturdily-built seamen with their different colored skin and eyes, wearing clothes the likes of which he had never seen. The foreign words that filled his ears for the first time were nothing but confusion to him. The John Howland continued its whaling voyage with the Japanese onboard. While living alongside the Americans, Manjiro carefully listened to them speaking and began to learn their language. He also closely observed their work, such as the life-risking business of catching whales, how to cut and fillet them, and how to extract their oil. Manjiro was also entrusted with look-out duty and other tasks on board the ship. He took his work seriously and gave his all every day. Captain Whitfield, who had noted Manjiro’s enthusiastic work ethic and keen personality, took the boy under his wing.

At that time, the Japanese government had imposed a national isolation policy and leaving the country was forbidden. Manjiro would face severe punishment if he tried to return to Japan. Captain Whitfield understood his situation and so decided to adopt Manjiro as his son. Manjiro too felt a strong attraction to America, which he had gotten a taste of while whaling and living onboard the John Howland. The ship called in port at Hawaii toward the end of 1841 and Manjiro decided he would stay onboard and sail on to the U.S. mainland, leaving his other four crewmates behind on Hawaii who wished to go back to Japan. Manjiro gratefully accepted Captain Whitfield’s offer to adopt him, and went with Whitfield to his home in Fairhaven, Massachusetts, on the U.S. east coast.

Manjiro attended a local school and began his education with the basics of English. From how to count, Manjiro learned how to spell the U.S. states, the names of the world’s countries, continents and oceans, after which he learned how to read sentences. He learned all he was taught by rote learning, absorbing one thing after another.

Meanwhile, Manjiro worked on Whitfield’s large farm, which the Captain had bought using his proceeds from whaling, looking after livestock and growing vegetables. Manjiro upped his efforts and diligently continued his studies. Seeing this, Whitfield recommended Manjiro to continue his education at the Bartlett Academy, which was the highest level school in town. Hearing that graduating from Bartlett Academy could open the path to becoming a navigation officer, Manjiro’s dreams were filled with new hope. The quiet and polite Manjiro threw everything into his studies, displaying considerable excellence in mathematics and never giving in to racial prejudice. Finally, he graduated with honors and became qualified as a navigation officer.

Manjiro’s wish came true at the age of 19 when he joined the whaling ship Franklin as navigator in 1846. The ship hunted whales throughout the world’s oceans for roughly three and a half years, from the Pacific to the Atlantic and Indian oceans. If Manjiro had wished, he could have continued living in America as a navigator. However, a longing for home had never left the young Manjiro’s heart ever since he had been cast adrift as a boy. Hearing rumors of the gold rush in California, Manjiro went to dig for gold in order to raise funds to return home. Finally, in 1851, he prepared to return to Japan for the first time in 10 years in the knowledge that he would face a heavy punishment for doing so.

Japan had continued to impose its national isolation policy for many years, but by the time Manjiro returned, the situation was very different from the Japan of old. The Qing Dynasty in neighboring China had already started to be severely undermined by Western powers, and this threat also hung over Japan. In these circumstances, Manjiro, who could use English freely and had actual knowledge and experience of conditions in America, was a precious human resource for Japan. There was no-one else like him. Nevertheless, Manjiro faced around a year and a half of intense interrogation. However, everyone who interrogated him was stunned by his rich knowledge of America’s organizational framework and natural features, and his ability to answer their questions clearly and simply. Interest in Manjiro and what he knew inevitably started to grow. Manjiro was appointed to the government and assumed the surname Nakahama in accordance with his increased social standing.

In 1853, on the occasion of Commodore Perry’s incursion into Japan, Manjiro was active behind the scenes during U.S.-Japan negotiations. Perry’s main objective was to convey to top-level government American demands that U.S. whaling ships be allowed to dock at Japanese ports and procure supplies such as food, firewood, and water. Manjiro was involved in tasks such as translating the Treaty of Amity and Commerce.

Manjiro crossed the Pacific again in 1860, travelling over 10,000 kilometers to America alongside Japanese statesmen Kaishu Katsu and Yukichi Fukuzawa for negotiations related to ratifying the commerce treaty. They boarded the Kanrinmaru, which was the first steam ship built by Japanese, with Manjiro fulfilling the dual role of diplomatic interpreter and ship’s navigator.

Manjiro returned safely to Japan in the same year, bringing with him items from the U.S. such as a sewing machine, camera and books, which he used to help introduce American culture to Japan. He put his knowledge to good use after that as well, travelling to Satsuma (present-day’s Kagoshima Prefecture) at the behest of the Satsuma Domain to help strengthen the Satsuma navy, and going to Shanghai to buy a boat on behalf of the Tosa Domain (present-day’s Kochi Prefecture).

In 1872, Manjiro was dispatched to Europe as part of a party including Field Marshall Iwao Oyama to observe the Franco-Prussian War. He took the occasion to travel on to Fairhaven and visit his benefactor Captain Whitfield, whom he had not seen in 20 years. The two men enjoyed an emotional reunion.

The final chapter of Manjiro’s life closed in 1898 when he passed away due to a brain hemorrhage. He was 71. Manjiro, who had so carefully conveyed conditions in America to the Japanese, played a huge role during an age when Japan was tackling the formation of a modern nation following the upheaval of the Bakumatsu period. An annual festival for John Mung (Manjiro’s English name) is heartily celebrated in October in his second hometown of Fairhaven. Japanese are also among the many people who take part in the festival and contemplate the role played by Manjiro, while keeping alive Japan-U.S. exchanges even today.