Why do the Japanese prefer bread to rice?

In a survey on the breakfast habits of married women ranging from those in their 20s through their 60s, more than half responded that they prefer a meal based on bread or bread products, with only about 30% saying they preferred meals based on rice. Slight regional differences were noted; for example, more women in Hokkaido and Miyagi Prefecture said they preferred to eat rice, and while roughly 4% nationwide said they skip breakfast, this indicates that nearly everyone eats at least something in the morning. The reason for the popularity of bread is believed to be related to less time needed for its preparation. Many comments included remarks such as “I would really like to have a meal with rice, but there’s not enough time to prepare it, so I eat bread instead.” As for beverages consumed at breakfast, coffee ranked first, followed by Japanese green tea, milk and black tea. While a meal combining bread with black tea would seem to be appealing, its ranking of 4th place was surprisingly low. 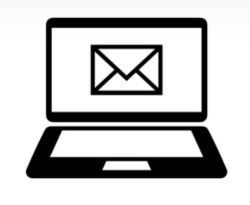 How Much Pocket Money Do the Japanese Receive Each Month?