A French takes on Japanese tea

That might seem a little presumptuous. After all, Japan has turned drinking tea into an art form, and surely needs little help from a Westerner to understand its national drink.

Well, maybe. Danton, 44, persuasively argues that the tea most Japanese consume - from plastic bottles bought from machines or convenience stores - is as close to the real thing as a hamburger is to the finest cuts of Kobe beef.

“It is too easy for people to use something like that,” Danton said at Ocharaka, his Japanese tea shop in Kichijoji, west Tokyo. “They forget the core of what they are drinking.”

“Tea is a treasure,” he added. “They [Japanese] drink it, but they don’t treasure it. They don’t understand that it comes from a tree - how it is made.”

“When I start to speak about tea, I don’t stop”

Danton says this estrangement is creating demand from people who have an inkling they are missing out on something authentic. “I don’t want to attract people who are used to drinking tea - I want to interest the people who have forgotten how to drink tea.” he said.

To get his point across, Danton has hatched an ambitious, multi-pronged war on preconceived ideas of what Japanese tea is about. Agro-tourism, a new categorization of tea based on the French wine industry’s appellation model, redefining the way tea is bought, sold and drunk - all big ideas for a small shop. Danton seems to have the passion for the job, though. “When I start to speak about tea, I don’t stop,” he said, laughing.

Arriving here 18 years ago with experience as a wine sommelier, the Lyon native ended up working in a French tea shop after being told he wasn’t qualified to work as a sommelier in Japan. In his new job, he visited function halls and wedding centers across Japan, and noticed that while couples were happy to spend thousands of yen on France’s most famous export, non drinkers were often overlooked. Oolong tea and orange juice were, and are, normally the only options on offer. “You spend 12,000 yen on a meal, and you get this?” he recalled.

That’s where Ocharaka’s unique blended teas come in. Offering a novel alternative to the norm, Danton blends his own varieties for sale in his Kichijoji cafe and through his website, www.ocharaka.net. It is with these blends, such as a pineapple and honey ice tea on sale on the day of our interview, that Danton is trying to change how tea is appreciated and consumed. It seems to be working - Ocharaka was chosen by the Ministry of Economy, Trade and Industry and JETRO to be featured at the Expo Zaragoza 2008, and has provided tea for Louis Vuitton events in Omotesando, Tokyo.

At the heart of his approach is the importance of getting back to the source. For Ocharaka, the source is the terraces of Kawane, Shizuoka Prefecture.

Tea produced on terraces is higher quality but has to be picked by hand. While that should mean it can demand a higher price, the big drink manufacturers usually don’t offer one because consumers don’t understand the difference. “You can’t compare tea from the terraces with tea from the valley,” Danton said as he explained the idea of different grades of tea - he suggested a “grandcru” rank similar to that given to the best wine and champagne. “The tea prepared here won’t be the same price as tea from the valley. But if you sell it a bit higher, people won’t buy it.

“When people buy tea, they look at the packaging and the price...So if you want them to buy tea from here at a slightly higher price, they have to understand why.

“And if they know, they will pay a little bit more.”

While Ocharaka sells traditional tea, the store’s strength lies in its speciality blends. “Sometimes I come up with a new tea while I am sitting on the train, from seeing something in a newspaper someone is reading... it is just an idea,” Danton said of the creative process. “No other company makes what I make because they don’t have this sense, and if they do make it, then I stop.”

His firm’s continuing success despite the recession shows Danton is onto something. And as business thrives here, he is planning his next step: setting up franchises in France.

Starting up Is Hard to Do

Japan is a notoriously difficult place for foreigners to set up businesses. The list of overseas firms to pack up after unsuccessful forays into the domestic market reads like a who’s who of multinationals.

Danton's solution to avoiding their mistakes has been to keep it small, and keep it close.

At the supply end, he has followed a classic play straight out of traditional Japanese business culture by cultivating close relationships with the tea farmers.

“Nothing was easy at the beginning, but I kept to my way,” he said of gaining the farmers’ understanding.

Danton is cementing these bonds by organizing agro-tourism trips to the town from Tokyo - trips that take in a ride on a steam train, a stop at a hot spring and a visit to the terraces to meet the farmers.

Personal relationships didn’t mean tying himself to one supplier - Danton approached the Japan Agriculture branch in Kawane and the town’s mayor. “I said, Ocharaka wants some tea at this price, who can supply it? That way, I can work with everybody - not just with one farmer.”

On the demand side, Danton sells through his shop in Kichijoji and online. But he has steadfastly refused to pursue partnerships that could increase sales at the risk of diluting his control of the company.

When a major department store asked him to open a satellite branch, he refused. “People were saying to me, ‘But Stephane, you’ll have good sales.’ I said, ‘Yes, it is good for them but is it good for me?’ I sell all my goods and I can get 20 percent [of the profit].”

“For a long time I will work for them, not for me.”

He may sound stubbornly independent, but Danton says that to survive in Japan, foreigners need to be flexible.

That isn’t to say you should go completely native - foreigners who try to be “more Japanese than the Japanese” are described by Danton as “tatami-ze” - French slang based on the traditional rush-mat flooring.

“I like Japan, but I am not tatamize,” he said. “Sometimes I read in the newspaper about an American guy who wears yukata and everything in his house is [traditional] Japanese... no no no, don’t throw away your culture.” “Keep your own personality, but adapt.” 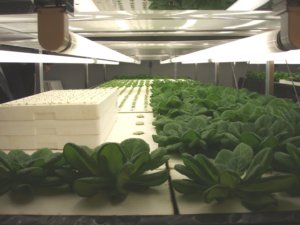 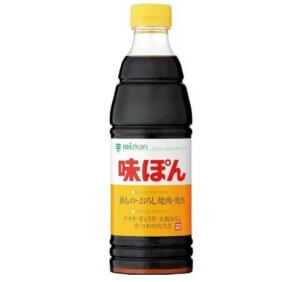