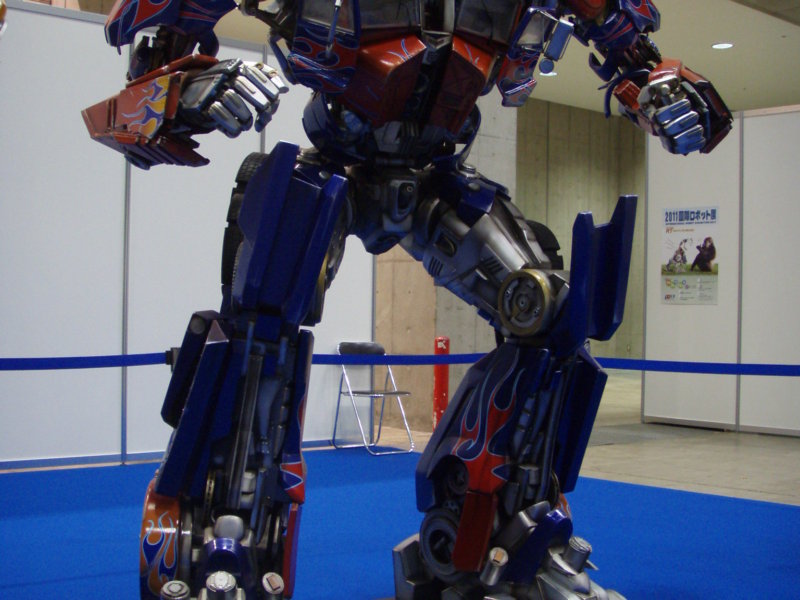 US-made robots were introduced immediately to the scene of the nuclear accident at Tokyo Electric’s Fukushima Daiichi Nuclear Power Plant that occurred during the Great East Japan Earthquake last March, but Japanese-made robots never appeared.  Some commentators asked if Japan as the king of robotics was just an illusion.  At a seminar about robotics held at the German Institute for Japanese Studies in Tokyo last November, a German attendee expressed his doubts.  “I thought Japanese robot technology was the most advanced in the world, so why did they use American-made robots?  Is Japan only leading in entertainment type robotics, like Sony’s Aibo (dog robot) or Tamagotchi digital pets?”  Dr. Takashi Komeda, vice president of Shibaura Institute of Technology, answered that “It was believed that nuclear power was safe and that accidents could not occur, so development of that type of robot was stopped.  Till that point the government had provided funding for that type of research.”  The fact is that Japanese companies still have a commanding lead in the area of industrial robotics.  And as Japan is also a world leader in terms of aging population, there is a variety of work to be done to develop robots for the elderly, the physically challenged and to support physical rehabilitation.

“Because if a machine can learn the value of human life… maybe we can too,” said Sarah Connor at the end of the movie, Terminator 2.  It seems that this kind of statement can already be applied to real life.

“People who are always short-tempered with the caregivers, or who don’t want to talk to anyone, are now smiling happily,” says Kazuro Kamimura of healthcare product manufacturer and distributor PIP CO., LTD.’s new business group.  PIP launched a communication robot last November that it calls Unazuki Kabochan, and after placing it in a number of facilities where it would be used by the elderly obtained promising results, including “reduced stress” and “smiling faces.”  The sales copy for the Unazuki Kabochan includes phrases like “uses clear language, speaks slowly so the elderly can hear well” and “the more interaction, the more it will talk and the longer it will sing”.  Kamimura offers an analysis of the robot’s effect on some elderly – “Maybe they are shy in front of another human being, but they can be themselves with a robot doll.”

“70% of the subjects said they liked the robot.”  This is Yoshihiro Fujita of NEC, having surveyed about 20 elderly in rural Nara Prefecture after placing its PaPeRo communication robot in the homes of elderly people living alone. NEC obtained positive results such as “I could go out more,” “I had more conversations,” and “I made some friends.”  Fujita explains how these answers relate to the robot, for example, the robot may say “It’s nice out today, let’s go outside,” leading to more ventures out of the house.  Just the act of talking with the robot may make the owner more proactive about communicating with others.

“Because lately they don’t want to listen to the teacher.”  This is Young Jae Kim of Yujin Robot, a Korean maker and distributor of educational robots for kindergartens.  These singing, dancing robots loaded with a variety of educational contents including English pronunciation practice drills can retail for $3,000 and are already in use in up to 2,000 kindergartens in Korea.  This is an impressive percentage of the approximately 10,000 such facilities in Korea.  Kim adds, “When it’s said by the robot, the children listen.”

Expectations for robotics in caregiving and physical rehabilitation is high.  Robot suit or exoskeleton HAL (Hybrid Assistive Limb) developed by Tsukuba University graduate school professor Dr. Yoshiyuki Sankai is already in use at more than 120 hospitals and rehab centers in Japan.  Takashi Nakajima, deputy director of Niigata Hospital, fitted patients suffering neuromuscular disease with HAL, and found that walking was improved and the deterioration of muscle tissue was suppressed.  “The patients using HAL were the most surprised of anyone,” tells Nakajima, who says HAL gave patients the joy of being able to move about without anyone helping them.  Akiko Kurosawa of the Rehabilitation Port Yokohama elder healthcare facility used HAL for patients suffering paralysis in the lower limbs, and reported of the three-month trial that HAL “helps patients relearn how to use their strength.  Useful in practicing standing up.”

By attaching the HAL suit to the body, physical function is extended and amplified, making it the “world’s first cyborg robot” in the proud words of Dr. Sankai.  When a human initiates a muscle movement, a faint bioelectric signal leaks out onto the surface of the skin.  HAL is able to pick up those signals and controls its internal motor so as to manipulate the wearer’s joints in a way that matches the movement of his muscles.  The chief application for HAL at present has been in the areas of social services and healthcare to support care-giving and autonomous movement by persons with impaired physical function, but exploration of broader application is anticipated, including rescue support and support of heavy work undertaken for example while wearing steel protective covering to intercept radiation, in reaction to emergencies such as the Fukushima nuclear accident.

Originally Japan was the world leader in industrial robots.  The 2010 report from the International Federation of Robotics shows that Japanese companies lead the world in both stock and sales of multi-purpose industrial robots.  A rapidly aging Japan will surely continue to lead the world in robotics in a variety of applications including service and communication robots for the elderly as well as physical rehabilitation and care-giving robots.