Izumo Taisha on the "Kojiki"

The oldest written mythology and history of Japan, the Kojiki (“Record of Ancient Matters”) was completed in 712 AD. The work covers prehistoric legends about how Japan sprang forth from the gods and the origins of the imperial reign that continues to the present. In 2012, to commemorate the 1,300th anniversary of that date, a variety of ceremonies were conducted.

While no special commemorative events are planned for the following year, 2013, a number of other important activities were taking place. One of these was the rebuilding of the Izumo Grand Shrine. The Izumo Grand Shrine is located in a region facing the Sea of Japan, more than 700 kilometers from Tokyo. The Kojiki relates numerous ancient events having occurred in this area.

According to the Kojiki, the Izumo Grand Shrine was consecrated to the deity, Okuninushi that once pacified and governed Japan. This deity makes his appearance in the Kojiki, who is a very important character as he manages to overcome a variety of demanding trials to eventually rule Japan.

It is a ritual for the main hall and adjacent buildings to be rebuilt once every 60 or 70 years. A number of reasons have been discussed over this ritual. One is that this is a practical way to maintain edifices built of wood. A second is that doing so helps hand down the tradition of using various shrine-building technologies. And still another is that a shinto shrine undergoes purification, and reconstructing it refreshes the deity’s spiritual power.

Repairs on the shrine began from about five years ago, so the deity, which was moved to a temporary altar, was returned to the original spot in the hall in a ceremony conducted on May 10. A variety of ceremonies and events were held in commemoration. The photo shows a mockup of the event called the “good omen ritual.” While typically held annually at the new year, this year it was held on May 19 in order to commemorate the grand shrine’s rebuilding. There are many deities appeared in the Kojiki, including the one whose role is to preside over good and bad fortunes.

The event in Shimane that year coincides with the consecration of even more important deity in conjunction with the rebuilding of the Ise Grand Shrine in Mie Prefecture. 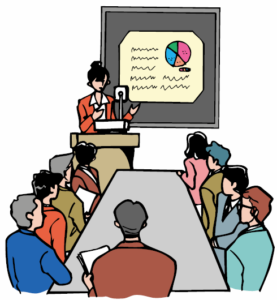 What Is Division System? 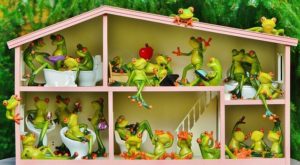 Share Houses Are Popular Among Regular Workers in Japan