Part 2: Balancing out the Supply and Demand in Elderly Job Market

Being Employed until 70 or Setting up Your Own Company

On the other hand, the number of people aged 65 and more will increase within the same period from 24.1% to 39.9%. This means heavy losses of fiscal revenues for the government and extra burdens for the social insurance system. In this background the government enacted the revised “Law Concerning Stabilization of Employment of Older Persons” in the new fiscal year starting from April 1, 2013. This law stipulates hiring until 65, a pensionable age if workers wish so. Most private companies set their retirement age at 60.

That is why many companies and organizations implement employment systems for their senior workers now. Japan’s government also incentivizes companies financially when they generate jobs for workpeople until they reach age 70. Of course the biggest obstacle to keep hiring old workers is the cost. Many companies employ workers more than 60 at much lower wage than the younger. This propels some to become self-employed and setting up their own start-up companies.

A good example of such “silver entrepreneurship” is Koreisha (高齢社; literally: Old Age Corp.), a temporary staff agency exclusively for people aged 60 and older. The company was founded by Kenji Ueda – now aged 75 – after retirement from his regular employment at a major utility firm more than 10 years ago. In 2000 he had an idea which turned out to be very promising. By now his company contracted around 500 people who have all the attributes to take up employment. By working up until old age the customers of Koreisha can increase their pension on average between 80,000 and 100,000 yen per month.  Mostly jobs which are offered to older workers are working positions as supporting staff with modest pay. They are placed for example as technicians at natural gas utility companies, superintendents at real estate companies, or counselors at debt collecting agencies. “Since Japan is confronted with a labor shortage of young professionals the nation depends on its seniors. The work needs to be done,” clarifies Ueda. But obviously most employers try to reduce costs by offering especially non-regular jobs for older employees. These kinds of job arrangements are primarily suitable for seniors who are not dependent on the financial aspect of work. But for those who have diverging preferences and wish to draw a salary in order to maintain a certain standard of life these arrangements are inadequate.

Most Elderly Workers Are Part-timers

At this point the problem arises. Most companies offer elderly employees non-regular or low-paid jobs. Taking a closer look at the type of employment for those older people in Japan who are still working reveals that around 70% of those aged 65 and older are in non-regular employment. And many Japanese companies already figured out that they can gain a competitive advantage by employing experienced older workers. As long as their older workforces stay sane and healthy, the companies benefit from the various experiences and knowledge their senior workers acquired.

Of course there are old people who prefer to work not full-time. Data by the semi-governmental Japan Institute for Labour Policy and Training (JILPT) reveal that 25% of those working beyond age 65 prefer working non regularly because they feel it gives them purpose and a meaning in life (ikigai) and thus they can contribute to society. “As long as I am feeling healthy there is no reason to retire earlier. I still have a lot of energy to fulfill my duties,” emphasizes Hiroshi Takata, a 63-year-old professor at a university in Tokyo. For him it is difficult to distinguish between professional and private life. In Japan jobs can function as compensation for the lack of hobbies. However, according to the data 56.1% have to work in order to earn a living. The common view regards non-regular employment as problematic in particular for the latter group which depends on paid work as their primary source of income.

Elderly Workers' Situation in Other Countries

If you look at other countries, there is also a strong correlation between money matters and work. In comparison with selected OECD countries Japan’s labor force participation rate of around 60% for the age group 60-64 years is the second highest after Iceland’s rate of nearly 80%. The main reason for the high labor force participation rate of older people in Iceland is the fact that public pensions are not paid before the age of 67. In other words the regulations governing the pension funds do not allow any incentives for early retirement. In contrast to these high rates in European countries like France and Austria only one fifths of this age group is still working. Although these two European countries among others tightened the qualifying conditions for early retirement, it is not reflected in the labor force participation rate of older age groups. While the labor participation rate for the age group 65+ in South Korea is not markedly below the rate of the 60-64 age group, in every other country a disparity of these two age groups is clearly recognizable. The effective retirement age for South Korean men is estimated at 70.3 and 69.8 for women. In South Korea late retirement is mostly the result of a disrupted and discontinuous work life of both men and women. Since irregular, low-paid, and unstable employment is increasing many South Korans are not qualified for public pension benefit after reaching official retirement age at 60.

Overall, with the exception of some notable outliers, Japan can be seen as the country with one of the oldest labor forces in the world. It is therefore no wonder that foreign governments and experts frequently point to Japan as the world leader in demographic and are so keen on studying the situation there. Indeed, managing the business implications of demographic change is a crucial factor in determining the fate of Japan’s economy in the 21st century.

Many Japanese Aged Experts are in Manufacturing Industry, Not Many in ICT

Japan needs to utilize ever-increasing older population in the job market. The key lies in a mismatch between supply and demand both in terms of quantity (the participation rate is still much higher for younger cohorts) and in terms of quality. There is need for action to establish jobs which better adapt to the ability of each aging worker. Only 60,000 out of the 6 million professionals of the 60 to 64 age group are employed in the ICT industry whereas 810,000 professionals got jobs in the manufacturing industry. “Age should not be a problem anymore for retaining employees in all industries. It should depend on the abilities of the workers” states the HR expert Yoshihiko Hisada, the Country Human Resources Director and Member of the Board at Adecco Japan. Certainly establishing jobs for elderly people in the technology sector might entail higher costs due to further training but companies cannot allow anymore relinquishing regular workers from higher age groups. Since Japan became the oldest society in the world an open labor market for elderly people must be developed to ensure sustainable economic growth as well as a system for productive aging. Therefore the compatibility of interests and possibilities from both the supply and demand side needs to be balanced in order to set the stage for a successful employment at an older age.

Tags
aged workers in Japanemployment of old people in Japan 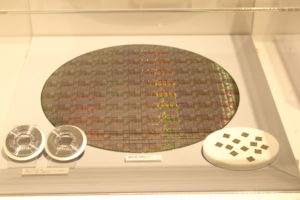