It looks just like a private home, but is actually a day care center (a non-residential facility) for elderly people where they can relax on the sofa or enjoy chatting around a dining table.

The operator, Japan Care Wellbeing-Group Co., was founded in May 2005 by Hideaki Fujita, 37, who used to work at a nursing home and currently serves as chairman of the Tokyo-based company.

Instead of building new facilities, the company set up the centers at vacant private homes after adding handrails and making other necessary refurbishments.

Behind the popularity is the feeling they give users that they can relax as if they were in their own homes, sometimes making cookies together with care givers and taking baths as many times as they want.

The company places four workers at each center to take care of up to 10 elderly people, about two times more than the number of care givers serving at conventional nursing homes.

Fujita said he created the centers as he wanted to provide elderly people services that could respond to their individual requirements instead of an off-the-shelf service.

“I learned that each elderly person has different experiences and prefers different things,” he said recalling his time in the nursing care business.

After gaining a degree in sociology and social work at Meiji Gakuin University, Fujita joined a special elderly nursing home (residential facility) where he saw residents having to wait in a long line to take a bath and living what seemed a very inconvenient life.

He said he also questioned the situation of the care givers who had to work for very low wages despite being required to do hard work.

Fujita then opened the first of the small-scale around-the-clock centers hoping that to satisfy both elderly users and care givers.

For Sawa Honpo homes, he uses vacant buildings to help him cut back on construction and maintenance costs. He diverts the money saved to wages for care givers.

Over the years, Fujita has extended the business on a franchise basis, running a total of 678 centers nationwide as of mid-July, with the number of elderly users amounting to more than 13,000.

Fujita has received a number of inquiries about the service from Singapore, South Korea and European nations whose societies have also been graying.

Fujita said he has already been considering advancing into Taiwan. “Every country will be aging,” he said. “I would like to convey good things about Japan’s nursing care insurance system and promote our service where I believe elderly people can enjoy their lives.”

“Often times we talk about Sweden as a good model for elderly care, but its service is run by the government. In fact Japan’s service is the best in the world,” Fujita boasted. “Since private companies became involved in 2000, the service or management system has been brushed up.” Now, he’s looking for ways to export his company’s care services abroad.

Ever since Japan inaugurated its public long-term care insurance system in 2000, the market has expanded consecutive year-on growth, more than doubling from 3.9 trillion yen (about $39 billion) that first year to over 8 trillion yen ($80 billion) in 2012. Projections are for this market to grow at the rate of 1 trillion yen yearly, growing to 21 trillion yen by 2025.

Before this public insurance system went into effect, all elderly care services were operated by local governments or social welfare service corporations. Now many private companies have entered the market and the quality of services has improved.

“Even elderly people with mild dementia can prepare their own meals and are still good at cleaning, so we help by working with them together,” said Fujita. “Some of the men go fishing with our staff. Some are happy to recollect their wartime experiences, and others are not. We have various kinds of people with varied orientation. We try to adapt our service to their individual needs.

“We have this kind of person, so we have this care program. We experiment with it and if it goes well, we continue the same service and if not, we change it,” Fujita said, explaining Sawahonpo’s day-care service. “We customize our service individually. It is a meticulous process.”

Asked why he started this service, he told he wanted to create a new type of service between old people’s nursing homes and so-called day-care centers.

“Those nursing homes are the place where elderly requiring physical assistance spend the rest of their lives, whereas day-care centers are where seniors people are taken a couple of days in a week for meals, to take a bath or to receive rehabilitation. They are two totally different types of facilities. Sawahonpo can put up visitors overnight for only 800 yen,” said Fujita. In a nutshell, old people have the option of visiting there for day care or to stay overnight, basically for as long as they want.

“Old people moved into nursing homes at their family’s requests,” said Fujita. “Their family members are all working and not able to take care of them, or else they have become exhausted from caring for a senile or bed-ridden person, and so on. But according to a survey by the Ministry of Health, Labour and Welfare, 80% of the aged want to spend the rest of their life in their own home. But if that incurs a burden on their family, they would rather stay in a nursing home. We want to be able to give nursing home residents a chance to spend some days at their own home,” said Fujita.

On another note, elderly care workers are in short supply in Japan. By 2020, another million will be needed. Right now, every year some 800,000 new workers enter this market and about the same number leave, resulting in no increase. The biggest reason for this is the generally low wages. Even at the managerial level wages range between 3 and 4 million yen a year, and an ordinary care worker earns considerably less.

To boost wages, Sawahonpo acquires use of a vacant house for its services, as a way of sustaining initial running costs. “Relatively speaking, those working as elderly care workers don’t have high management skills,” Fujita pointed out. “But one Sawahonpo facility only has seven or eight staff. Managing a small number of staff doesn’t require so much skill. But those who work their way up to become head of the facility can earn around 5 million yen a year.” The company’s youngest facility head is 26 years old and the age of the average head is around 32. The wages they receive are commensurate with their counterparts in Japan’s other service industries. 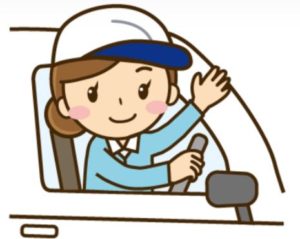 Japan as the World’s Most Rapidly Aging Society (2) Employment 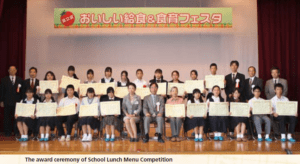