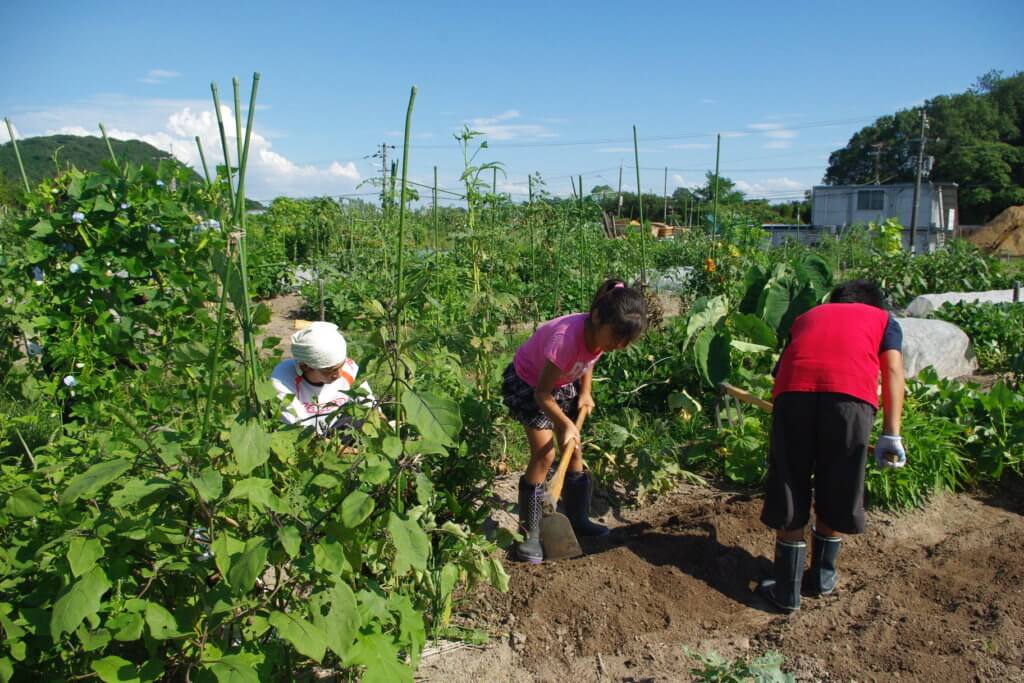 Abandoned farmland (kousaku-houki-chi) means fields, orchards or other farmland that has not been cultivated for one year or more, and regarding which the farming household has responded, there are no plans to cultivate within the next several years.  The most common cause is that there is no one to take over the farm.  At this time abandoned or dormant farmland has reached 400,000 hectares, about the same area as Saitama Prefecture.  Myfarm president Nishitsuji says “There is probably more than twice this number in reality,” since “Each municipality is responsible for counting the abandoned acreage.  They don’t want it to be known that their own land is in disuse, so they try to give out the lowest numbers possible.”  Today the acreage of abandoned farmland continues to grow every year, but as kashi-noen land also increases, the rate of growth has slowed.

The origin of the term weekend farming (shumatsu nougyou) is thought to be in the 2001 book by Takanori Miyazaki “The Fun of Weekend Farming.”  More than 10 years have passed since the book’s publication and the term has taken hold, with more than 670,000 hits yielded in a Google search.