In addition to major weapons such as "ninja swords" and "shuriken," the ninja also used "hidden weapons" that were compact and easy to carry.

Concealed weapons excelled in appearing to be unarmed and unprotected at first glance, and were the most suitable weapons for the ninja, who basically acted covertly.

In addition to its use as a weapon, it is also said to have been used to infiltrate enemy territory by driving the hooks into walls and trees to climb high places and dig holes in the ground.

Nekote, meaning cat's paw, is a sharp, claw-like cap attached to the tip of the finger.

Because of its small size as a weapon, it can only inflict damage equivalent to scratching.

However, it is thought that they compensated for their weak offensive power by painting their claw tips with poison. 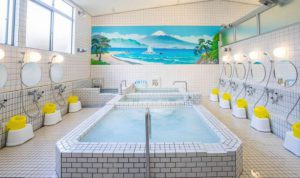